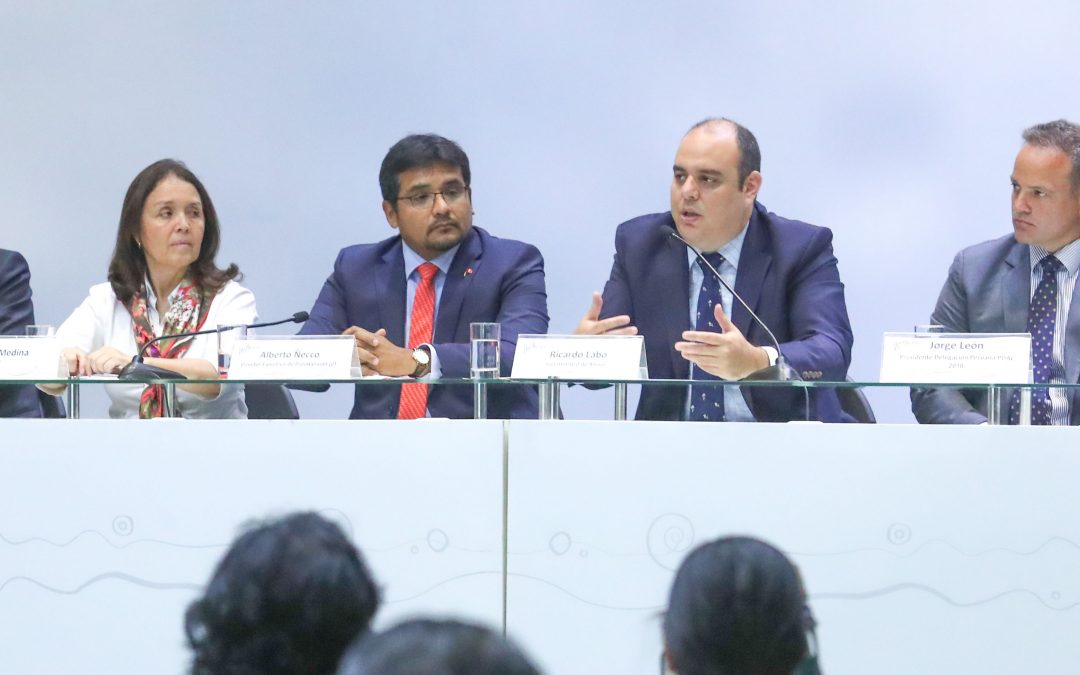 The first VP of the Republic and current ambassador of Canada, Martin Vizcarra, alongside the ministers of Energy and Mines, Angela Grossheim, of Economy and Finances, Claudia Cooper and the President of the Central Bank of Reserve, Julio Velarde, among other Government officials and a group of 280 representatives of the national mining industry are the official Peruvian Delegation that will participate between the 4th and 7th of next March in the 86th Prospectors and Developers Association of Canada Convention (PDAC) that is held yearly in the Metro Toronto Convention Centre (Toronto).